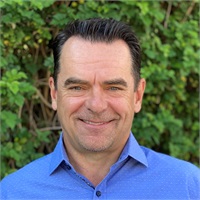 Dana’s passion for finance and investing began as a U.S. Air Force Officer trainee in 1987. An instructor, discussing life after training school, encouraged his student trainees to “always pay yourself first” with every single paycheck, invest it, and leave it alone. Following his advice, Dana quickly learned the power of compounding returns and became engrossed in everything financial. While still on active duty, he began a Master’s degree program in finance concentrating in investments, which he completed in 1992.

After serving eight years in the U.S. Air Force, primarily as an instructor navigator, Dana separated from active-duty military in 1992 and began a career as a financial consultant with a major securities firm in 1993 in the San Francisco Bay Area.

Dana has worked with independent, fee-only advisor firms since 1996. He was assistant portfolio manager and research analyst for seven years with a firm managing $250 million in client assets and serving high-net-worth families and pension and profit-sharing plans. Dana also served as senior portfolio analyst for four years with a firm providing portfolio management services to a nation-wide force of fee-based investment advisors and managing $5 billion in assets. Prior to joining SC Capital Advisors as a partner in 2011, Dana founded Global Portfolio Dimensions, Inc., an advisor practice he merged with SC Capital Advisors.

Throughout his professional life, Dana’s quest for knowledge never abated. He has earned two of the most sought-after certifications in the financial industry, the Chartered Financial Analyst® and CERTIFIED FINANCIAL PLANNER TM designations. He is a member of the Chartered Financial Analyst Society of Los Angeles and the CFA Institute. Dana is actively involved in his community through the Rotary Club of Rancho Mirage and the Palm Springs Air Force Association. He is a board member of the Boys and Girls Club of the Coachella Valley and serves as chair for the club’s investment committee. He officiates high school football and basketball in southern California’s Coachella Valley. 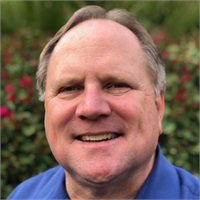 Scott worked as a food and beverage wholesaling Account Executive from 1986 through1996 and contributed to his 401K with every chance that he had. He found himself spending time at the local library researching investments and triggering a desire to transition to a career in financial services.

Scott started his financial services career in 1997 as a financial consultant with a major national firm. He served as an Investment Consultant for two online companies from 2000-2014 where his duties included serving clients, asset consolidation and marketing each company’s brand.

Through his experience in retail financial services, Scott saw a clear need for fiduciary advice in the industry and joined SC Capital Advisors in 2015. In addition to serving individual clients, Scott oversees the investment choices and provides participant and plan trustee education to many of the firm’s corporate defined contribution plans. He also manages the custodial data integration with the firm’s portfolio accounting and reporting platform.

Scott and his wife Michele, Coachella Valley residents since 1987, currently make their home in La Quinta. They have a daughter, Mylea, a dentist, currently in University of Southern California’s Herman Ostrow School of Dentistry’s Advanced Periodontology Residency.